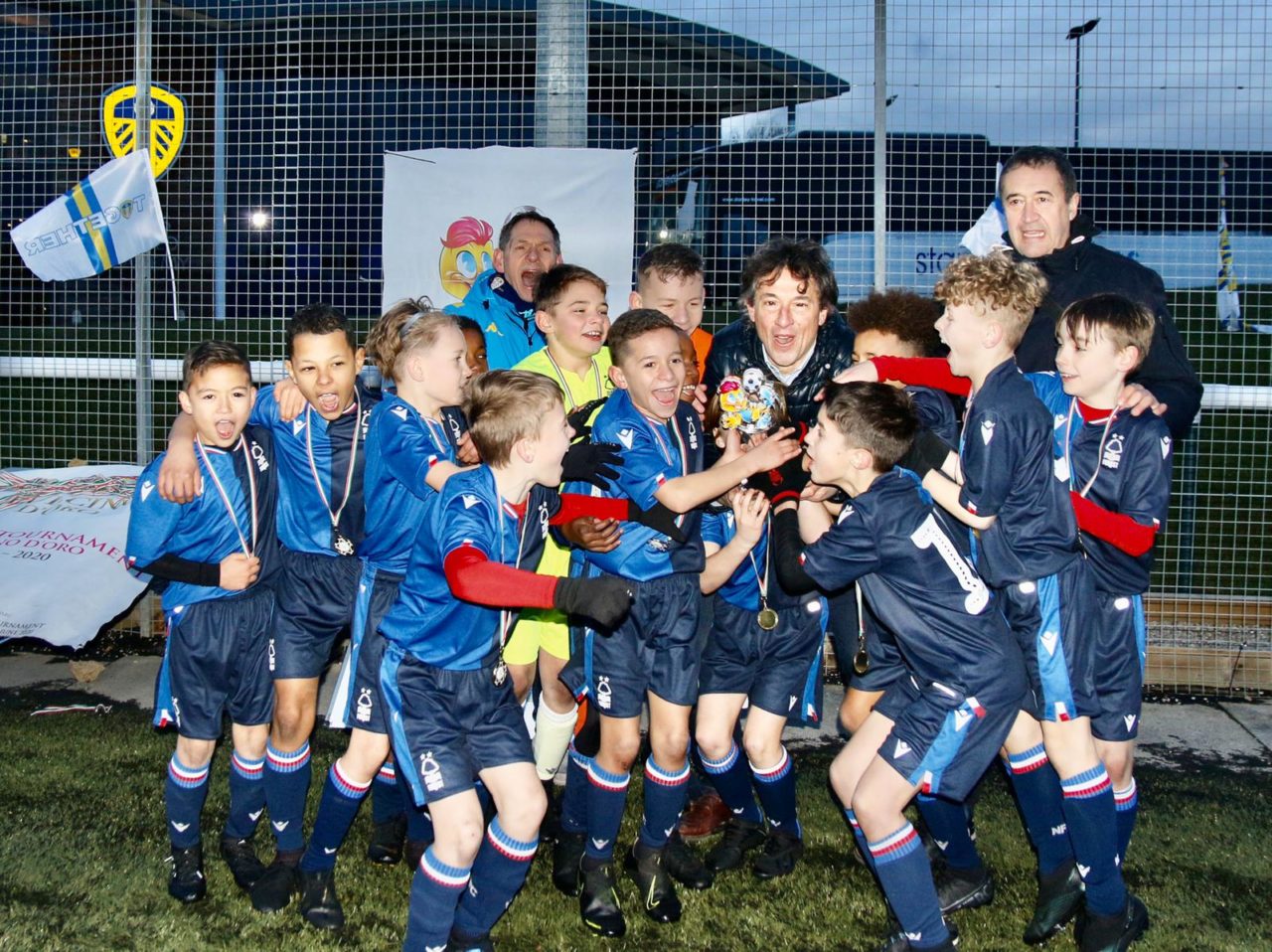 Nottingham Forest, Arsenal and partner club Leeds United have unplugged the pass for the 6th International Pulcino d’Oro Tournament, which will be staged in Trentino, Valsugana, from 18 to 21 June. The beautiful sports center of Thorp Arch, home of Leeds United, on Saturday 22nd February, was the setting for the second English Pulcino d’Oro Tournament, with the top teams of the Premier League to compete and have fun to conquer the possibility of reaching the International stage.

The English event organized by Leeds United, in particular by Andy Wood, head of the historic club’s Academy and his highly efficient staff, opened the series of regional tournaments throughout Italy – in addition to the tournament in Germany – which, between now and mid-May, will preview the international stage of Pulcino d’Oro. Sixteen teams competed in Leeds, including Premier League clubs, the most popular league in the world, such as Arsenal, Aston Villa, Leicester, Newcastle, West Ham, Wolverhampton, Sheffield United, Burnley; Championship such as Leeds United, Nottingham Forest, Stoke City, Middlesborough, Sheffield Wednesday and Sunderland as well as two Scottish Premiership teams such as St. Mirren and Hamilton Academical.

Nottingham Forest won the Pulcino d’Oro trophy (Gold Pulcino), overcoming Arsenal in the last act, in an exciting group with West Ham and Sheffield United. The Nottingham team has an important tradition, having two Champions League in its palmares and having also won a UEFA Super Cup. The Forest offers a curiosity of particular interest: it is the only team in the world to have won more Champions League than championships (two against one). The Pulcino d’Argento Trophy (Silver Pulcino) went to Sunderland, protagonist last year also in the international phase in Trentino, which won over Newcastle and the two Scottish teams of St. Mirren and Hamilton Academical. Leicester won Pulcino di Bronzo (Bronze Pulcino), while Wolverhampton won Pulcino Gialloblù (Yellow-blue Pulcino).

That England, the home of football, strongly wanted to export an all-Italian tournament for the second consecutive time, played precisely in Italian groups, has proudly filled the organizing committee of the Pulcino d’Oro chaired by Sandro Beretta and Renzo Merlino, flown to Leeds for the occasion. «It is always spectacular to see this tournament in Leeds, England, with the opportunity to meet different ways and cultures of playing football – explains Beretta -. This is an aspect that I hold tight and that I want to enhance. There is always a great emotion to bring football to English soil, receiving compliments from the teams, staff and coaches. This year we made an important qualitative leap, with many Premier League teams, all with the motivation to play for the possibility of arriving in Trentino to compete for an increasingly coveted trophy. This project linked to children has grown a lot». Renzo Merlino adds: «It gives great enthusiasm to see the Pulcino d’Oro in England, with sixteen professional teams of great level playing for this event. This year we have also added Germany, to bring more experiences to the final rounds of Levico Terme. This will give further value to the growth of all the teams that will participate». nextPulcino d'Oro is moved from June to late summer!